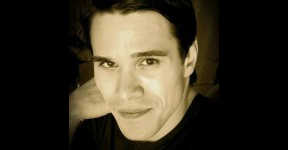 RSO staff sat down with founder Basil Considine to ask some questions about breaking into the field of opera directing. Here’s what he had to say:

RSO: How does someone become an opera director?

Basil: By accident. (laughs) I’m completely serious: most directors start out as performers, whether that is behind the piano, onstage as singer-actors, or instrumentalists in a band or orchestra. The essential thing is that performing gets your feet wet in the art and develops your interest and vocabulary. As you develop your art and your performing abilities, it’s natural to want to do more and more challenging things – to become a soloist, to move up a stand, or even to take up a baton. One of the ways that you can grow as a performer is to step off the stage and to say, “I want to take an active role in shaping what people do and what the audience sees.” The rest is follow-through.

RSO: But you don’t become a director overnight.

Basil: Not unless someone dies, no – not usually. Start small: coach a friend on an aria, choreograph a duet or trio, work your way up to a quartet or quintet – this will give you the time to focus on the details as you learn the ropes, without getting overwhelmed by the sheer range of possibilities. In my experience, most singers are very happy to get outside feedback and direction when it comes to performing opera; voice lessons tend to focus on the technique and the mechanics of singing, while directing takes that and molds it into something dramatically or comedically interesting. Voice teachers aren’t wrong to focus on the singing aspect – that is, after all, what they’re experts in – but it’s important to incorporate stagecraft into the finished product. The goal is ultimately to perform material, not recite it, and being dissatisfied with simple recitations is one of things that often pushes people towards directing.

RSO: How do you find opportunities to do this?

Basil: All artists should advertise the work they do and the kind of work they’re interested in doing, and aspiring opera directors are no different. Tell people what you do and what you’d like to do, including meeting professors and those working in the field. Most internships don’t come out of a formal “call for applications” process – they come from someone saying, “I’d like to work with you,” and getting told, “Yes.” You make your own opportunities.

I realize that many schools do not have academic programs in opera, so it’s important to keep in mind that opera is closely related to other stage genres. Many of the same principles from spoken theatre, dance, and musical theatre will apply, and you can study or intern in all of the above and find it feeding into working on opera. You probably won’t be using belting outside of musical theatre, but the basic principal of paying attention to how a particular technique colors and shapes the sound is certainly the kind of thing that an opera director should be aware of. Working in more than one branch of the performing arts helps make you a more rounded and interesting individual, who brings more to the table. You can see this in American opera over the last 15 years or so, with many Broadway stage directors crossing over to shake up opera.

RSO: Can someone from a spoken theatre or musical theatre background cross over to opera?

Basil: Absolutely. This requires strong musicianship and music reading skills of course, and conducting experience if you’re taking that path in directing.

I want to take a moment to clarify for our audience that there are two main paths in opera directing: music directing and stage directing. When you’re the music director or conductor, you are in charge of the musical aspects of the performance: beating time, cueing the orchestra, cueing singers, etc, etc. When you’re the stage director, you are in charge of where people move and what they do and how they interact onstage – the visual feed, if you will. The two often overlap and are both quite rewarding; most of us do both to some extent during the rehearsal process, to say nothing of our careers. What is most important is to not try and do both at the same time, in the same show. The music and stage directors should be different people because you will get much more out of it when your primary attention is on one task. Even if you have overall creative control, delegate the immediate responsibility for one of these to someone on your creative team.

Some of you may know the name of Sarah Caldwell, a pioneering woman who founded the Boston Opera Company and led many North American premieres of new operas. Ms. Caldwell was a very skilled woman, but even she was overextended trying to be both music and stage director at the same time. There are countless stories of full cast + orchestra rehearsals where she stopped the musicians to try out different ideas on stage and stopped the stage rehearsals to fine-tune some details in the pit. This sometimes happens in school environments, where everyone is volunteering, but in the professional world it has one very big downside: the orchestra musicians are being paid by the hour and the clock is always ticking. Very quickly, it was costing the Boston Opera Company a great deal of money each time that Ms. Caldwell paused part of the rehearsal to put on her other directing cap. I don’t have to tell you that today’s opera companies can’t afford that sort of runaway expense.

The other thing to keep in mind is that collaboration is a huge part of the artistic process that is staging an opera. Having a strong creative team to which you delegate responsibilities will help you do more faster, better, and more richly than anything you might try by yourself. You will also sleep much better when you don’t have to keep track of all those details personally.

RSO: But what about long-time directors like James Levine? Don’t they do it all?

Basil: When the curtain goes up, yes, the music director in the pit is ultimately in charge, as far as the audience is concerned – but that’s only while the paid performance is taking place. Leading up to this performance, there will be a chorus master who teaches the chorus their music, a stage director who shapes what happens on stage, rehearsal pianists who help drill things, etc, etc. Stage managers and dramaturgs are also essential members of the team who do far more than the audience imagines, both leading up to and during a performance. No one in a large organization these days can do it all – you’d go mad and die of lack of sleep.