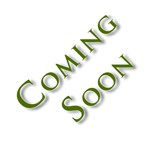 The Really Spicy Opera Company is making its Upper Midwest debut at the 2014 Minnesota Fringe Festival!

Jonah Dove will appear in the Twin Cities area in Spring 2015.