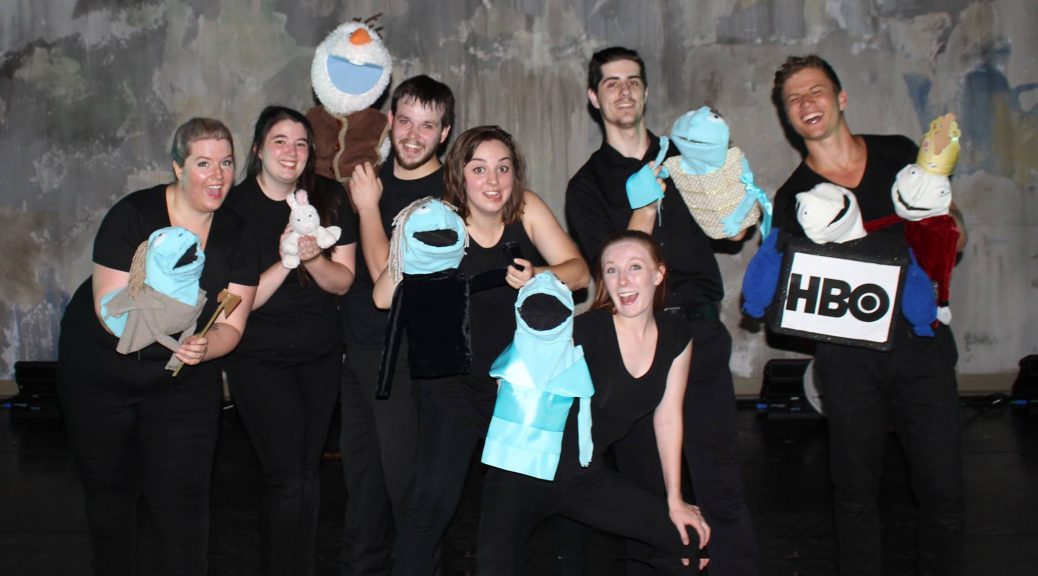 Looking for information about our January 2017 productions in Hawaii? Go here!

A massively inappropriate children’s show featuring vocabulary lessons, spoilers, incest, moral lessons, betrayal, and truly terrible puppet-on-puppet violence. All is not well in Westeros, where a simple visit sets in motion the War of Five Kings, dragon attacks, and worse. A skewering parody of the hit HBO show Game of Thrones and the bestselling novels by George R. R. Martin. If you like Sesame Street and/or adore Avenue Q, this is the show for you.

Don’t believe us? Listen to the press:

Game of Thrones: The Musical is also included in: