Really Spicy Opera is a woman- and minority-led performing arts ensemble. Executive decisions are made jointly by the artistic director, executive director, and impresario. 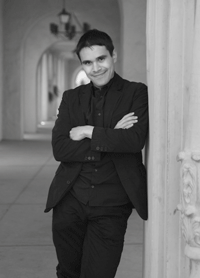 is the founder and Artistic Director of Really Spicy Opera. Prior to starting Really Spicy Opera, he was the manager of the University of San Diego’s Shiley Theater and the Joan B. Kroc Institute for Peace and Justice Theater.

Basil is a long-time resident of Minneapolis’s Bryn Mawr neighborhood. He is a co-director of Really Spicy Opera’s Aria Institute for Composers and Librettists.

St. Paul, MN- and Vienna-based soprano Anne Wieben has been hailed by critics as a “true diva” (Kronezeitung Voralberg) with a “hint of femme fatal in her velvety soprano” (Süddeutschezeitung). She is the founder and creative director of Opera on the Lake, a summer opera festival in her home state of Minnesota.

Wieben performs regularly with Vienna’s premier interactive theater ensemble, Nesterval. In October of 2020, Nesterval’s innovative and immersive online play Der Kreisky Test won the coveted Nestroy Prize (Austrian Theater Prize) for its contribution to the performing arts during the pandemic. Their sold-out show Das Dorf was also nominated for the Austrian Theater Prize in 2019 (Nestroy Prize) and named by the Austrian Press as one of the top 5 theater experiences of 2019. She is a co-director of Really Spicy Opera’s Aria Institute for Composers and Librettists.

Soprano Tess Altiveros was praised for her “particularly soulful” (L.A. Times) interpretations and a “captivating combination of skilled singing and magnetic acting” (Pioneer Press). She is equally at home in a wide range of repertoire, performing roles from the 17th century to the 21st, and is a faculty member at Seattle University.

Her recent portrayal of Female Soldier in Seattle Opera’s The Falling and the Rising was described as “a triumph” (Classical Voice North America) and “enthralling” (Seattle Times), while Opera Magazine described her voice in Pacific MusicWorks’s Leading Ladies as “…darker, creamy, sensuous, but she can fill it with so much drama that the stereotyped tropes of a Baroque lament offers a fully rounded portrait of a woman’s pain…sprezzatura personified.” She is a co-director of Really Spicy Opera’s Aria Institute for Composers and Librettists. 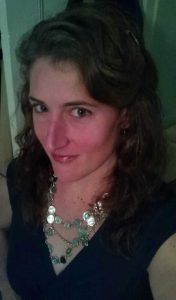 Dr. Jennifer Zabelsky is a soprano and educator. She has performed opera, musical theatre, and oratorio roles across the United States and throughout Europe. Her credits include performances with Longwood Opera, Michigan Opera Theatre, and Really Spicy Opera. She is a recurring soloist with the Reno Chamber Orchestra and the Reno Philharmonic. She holds a Doctor of Musical Arts degree in Vocal Performance from Boston University.