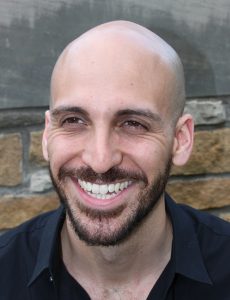 Bass-baritone Rodolfo Nieto joined Really Spicy Opera in its 10th Anniversary Season for Rigoletto (2016), singing the role of Monterone. He returns to the company in its 2020 season to sing the role of Bainval in the second-ever performance of Grétry’s 1781 opera Émilie, ou la belle esclave.

Actor and singer Rodolfo Nieto has established himself as a much sought-after performer of musical theater and opera in the Twin Cities. Recently, he performed with Artistry as Dr. Jafar Berensteiner in A New Brain, and as Uberto in Mill City Summer Opera’s production of La Serva Padrona. A frequent performer with Theater Latté Da, he has played Maximilian in Candide; Count Carl-Magnus Malcolm in A Little Night Music; Czolgosz in Assassins; Dr. Carrasco in Man of La Mancha; and performed in the 2017 National Tour, 2018 Off-Broadway Tour, and 2019 Minneapolis production of All Is Calm. Other notable roles include Carlos/Rygor in Dirty Business with History Theater, Sky Masterson in Guys and Dolls with Lyric Arts, Steven Kodaly in She Loves Me with DalekoArts, El Duende in Des Moines Metro Opera’s production of María de Buenos Aires, Starbuck in 110 in the Shade with Theatre in the Round, the Marine in Safe at Home with Mixed Blood Theatre, and Monterone in Rigoletto with Really Spicy Opera. Along with his stage work, Rodolfo promotes the music of México and Latin America to the public through bilingual concerts. You can find out more about his work at: www.rodolfo-nieto.com.