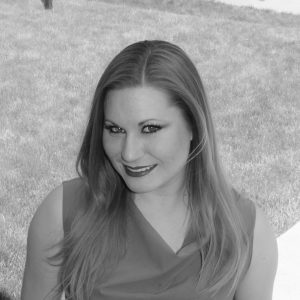 Soprano Nicole Korbisch  first joined Really Spicy Opera in 2014, singing the role of Kate in The Frat Party. She returned for RSO’s 10th Anniversary Season, singing the role of the Countess Ceprano in Rigoletto (2016). In 2017, she rejoined Really Spicy Opera for its touring productions of Jason Robert Brown’s The Last Five Years (as Cathy) and Game of Thrones: The Musical (Ygritte, HBO Puppet).

Nicole holds a BA in vocal performance from the University of Wisconsin – Eau Claire, where she studied classical voice with Drs. Kenneth Pereira and Daniel Newman. She was a co-poster presenter at the National Opera Association’s 2013 convention.

Other local performance credits include appearances with Imagined Theatre (The Pound), Chameleon Theatre Circle (Avenue Q, Catch Me If You Can, Rocky Horror, Blood Brothers), St. Croix Off-Broadway, New Musical Theatre Exchange, and The Seasons Dinner Theatre, among others.